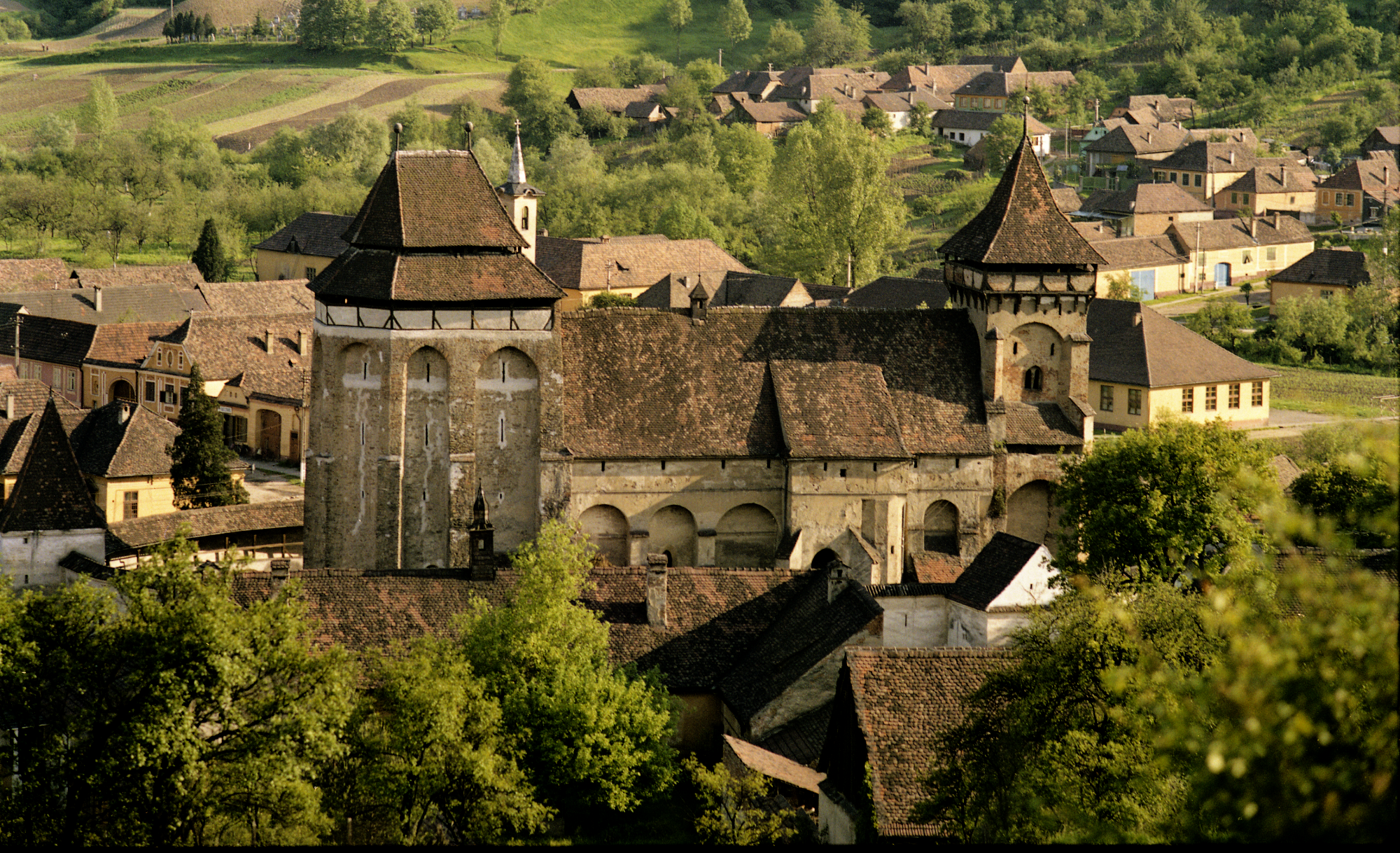 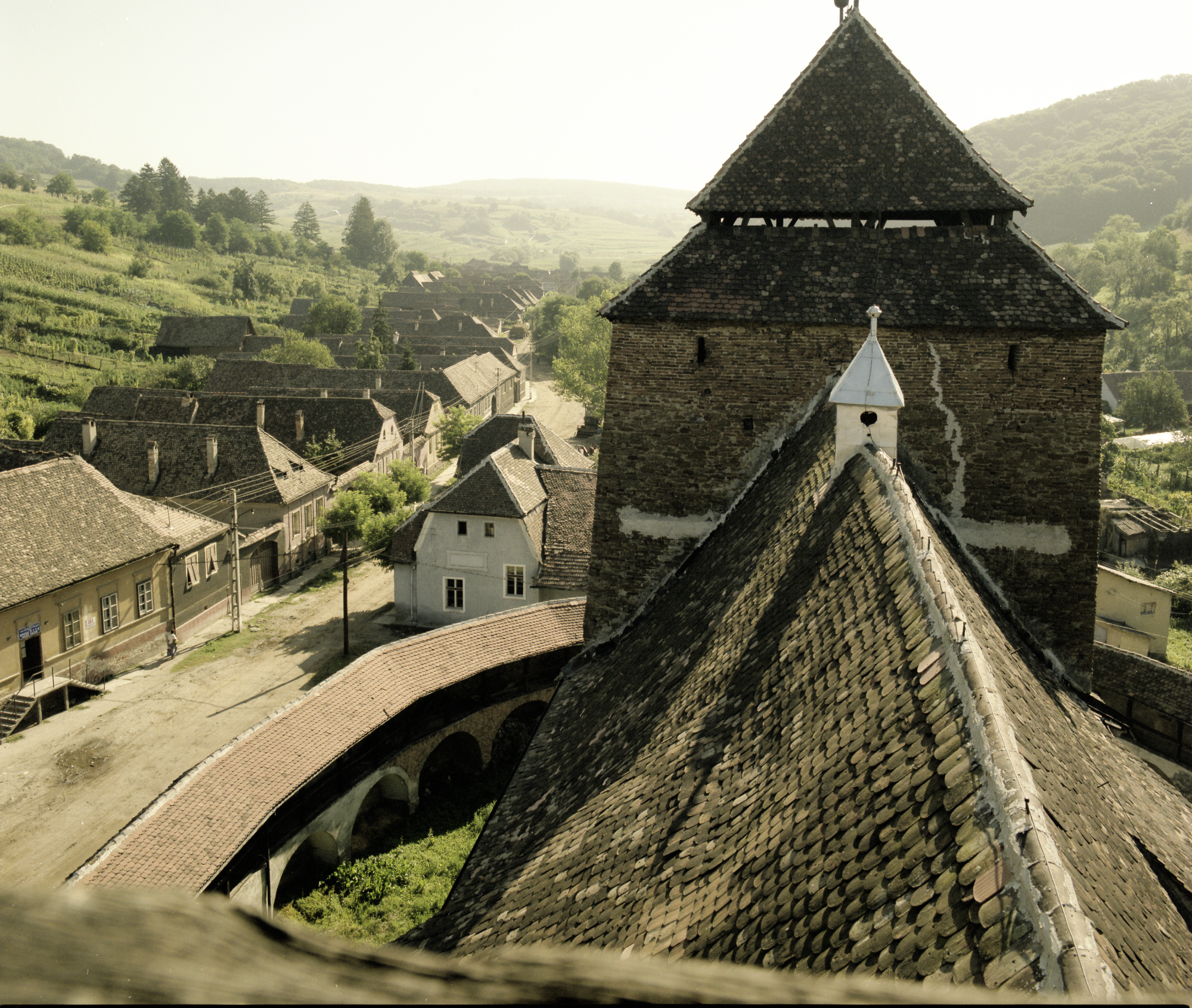 The church itself was built in gothic architecture in the 14th century. Its tall choir, is one of the things that make it particular. It's almost as tall as the bell tower / donjon. In case of an attack or siege in the renaissance, the church could have been defended on every single front. It's known as one of the most characteristic churchcastles in the region.

The altar was built in 1779 by Stephan Folbarth. It shows Jesus Christ on the cross, with Paulus on the right and Johannes on the left.

The benches are a mix between late gothic and renaissance. They were crafted in 1528, which make them almost 500 years old.

The pulpit lid is from 1746. Its decorations are made from wood.

It is made from sandstone. There is no date for when it was built. But it is estimated to have been built in the early 16th century.

Between the late 15th century and the early 16th century the church was fortified with a much higher choir and weir walk. The bell tower is also fortified to a donjon. The bailey was built about 6-7 meters tall. There was an entrance building, two stories tall, with a portcullis. In the south, north and east there were two bastions and a tower constructed. Later, there were a further two bastions added called "Fruchtkammern".