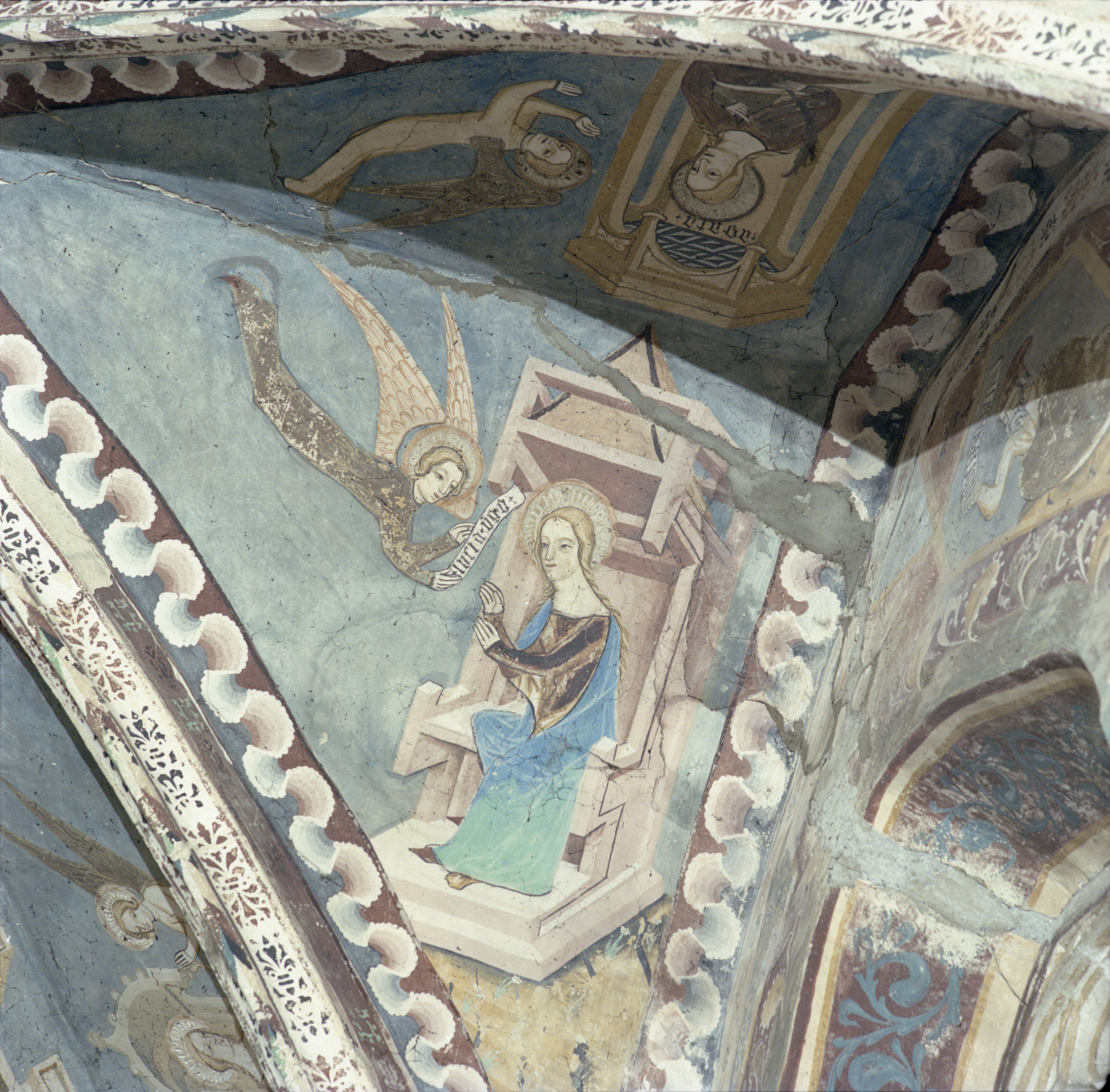 The church was built originally in gothic architecture in the 14th century. It hosts the oldest wall painting that is still in good shape all together in all of Transylvania. These wall paintings can be found allover inside the church. Because of it's prestige in this regard, it was subject of many pilgrimages from the early 15th up until the 17th century. The church became a churchcastle in the late 15th, to the 16th century.

The gothic winged-altar is from the late 15th century. The main-painting depicts the holy virgin Mary with her child, Jesus christ. Jesus christ is holding a bird.

The benches are in late-gothic style and from the early 16th century. They are currently located in the choir.

The pulpit is likely from gothic times, but was then further decorated.

The current organ was built in 1925. The previous one was from the 18th century.

the ring wall was built in the 15th century.

The Belltower was built during the fortification around 1500.