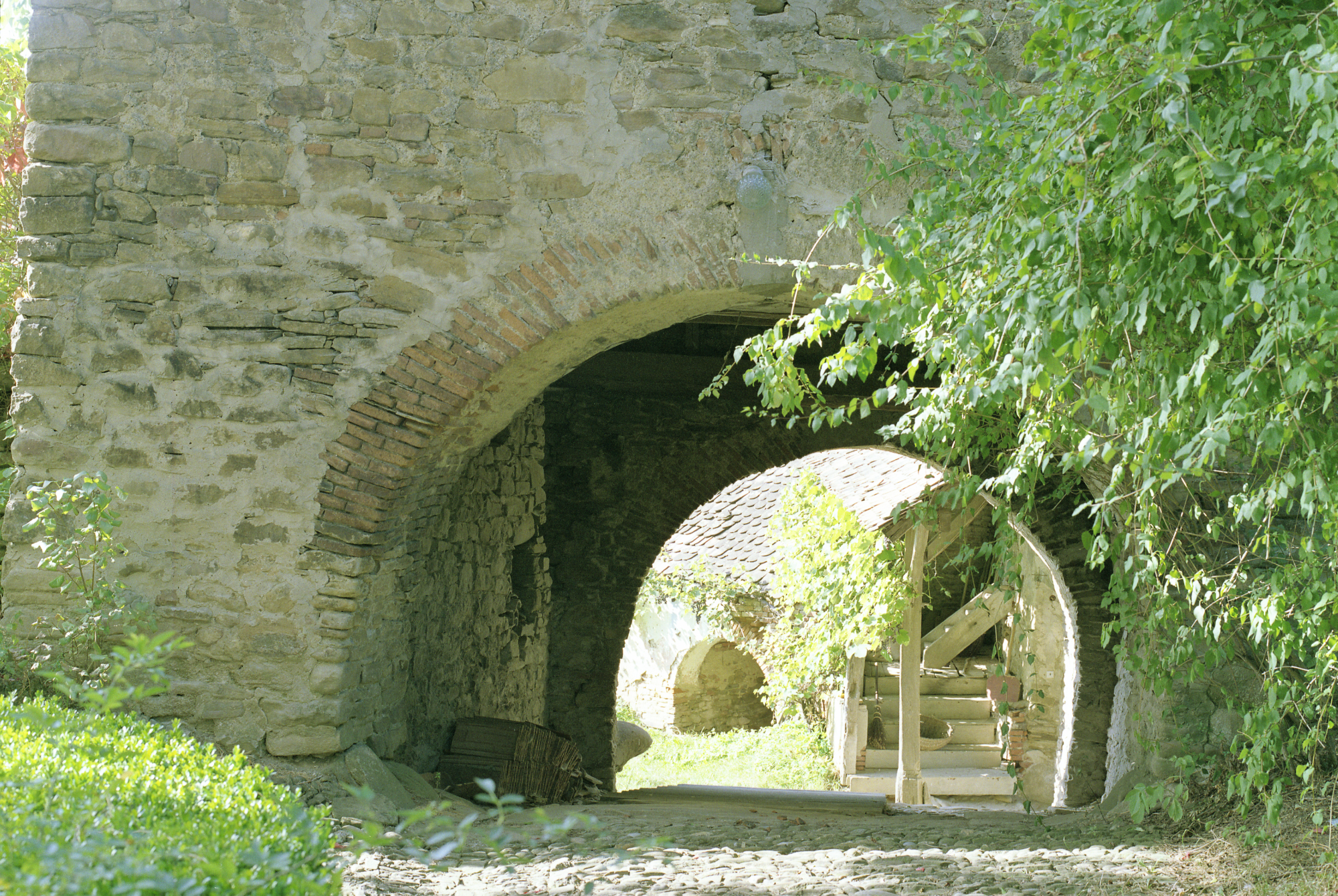 The church itself was built in romanesque architecture in the 13th century, most likely without any tower. It was then rebuilt to a gothic church in the 15th century, with a massive bell tower. Its medieval and renaissance looks are well preserved, and it is in an overall good condition. The churchcastle sits on a hill in the center of the village, in a way, so that the sophisticated road network further magnifies, the churchcastles looks.

The current altar was built in 1821 by Johann Theiß. It is in a classical style and partially gold plated. The main figure shows Jesus Christ on the cross. The figures to the left and right are Petrus and Paulus.

The pulpit is made from stone and was built in 1764. It is in baroque architecture.

The organ in the church was built in 1821 by Johann Theiß. It has 18 registers and 2 manuals.

The galleries north and south to the middleship show paintings of various bible scenes. They are dated to 1702.

The church still has some chest benches which were used to store anything important ranging from food for sunday, to costumes. They were used to protect these things from vagabonds and armies.

The inner bailey of the churchcastle was likely constructed before 1500. Further fortifications were done later in the early 16th century. The bell tower was fortified to a donjon, and another bailey with three more towers were added. However there are also two so called "Fruchthäuser" in the north connected to the baileys, which could each act as a fort on their own. There used to be weir walks on both baileys too.